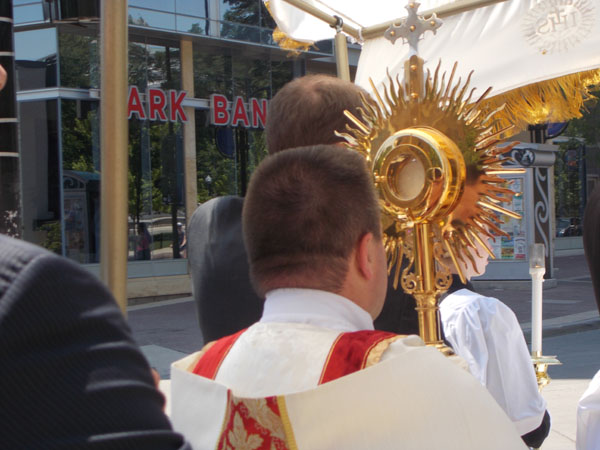 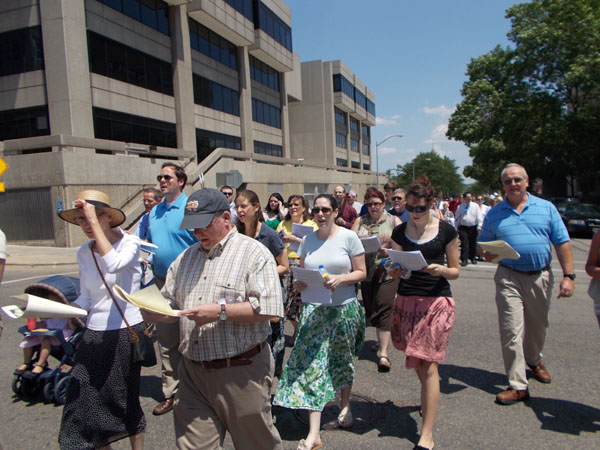 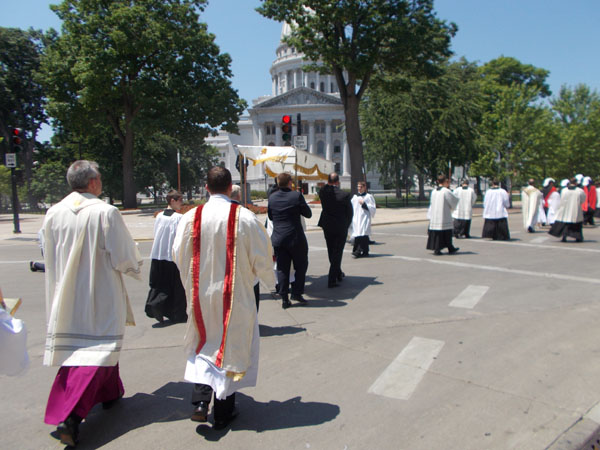 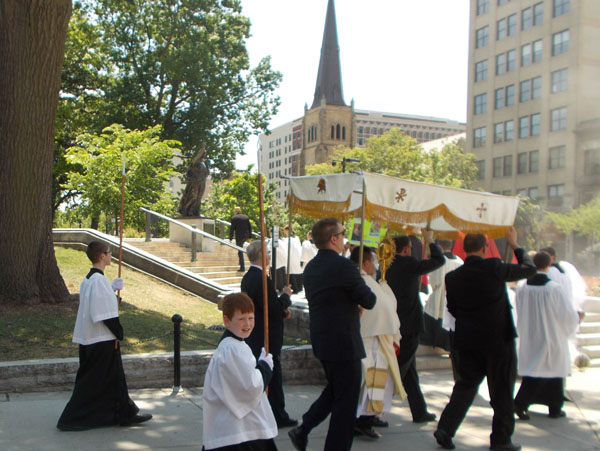 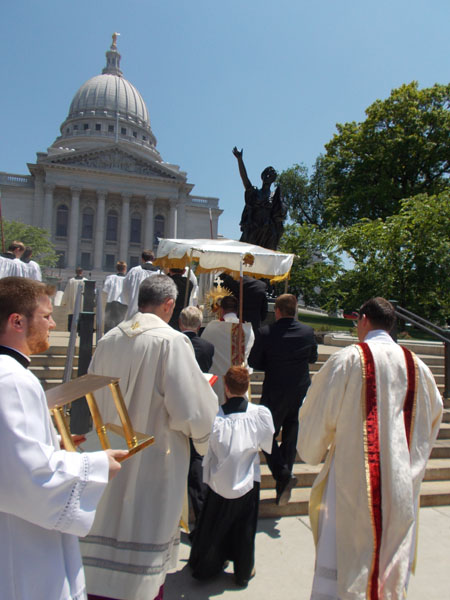 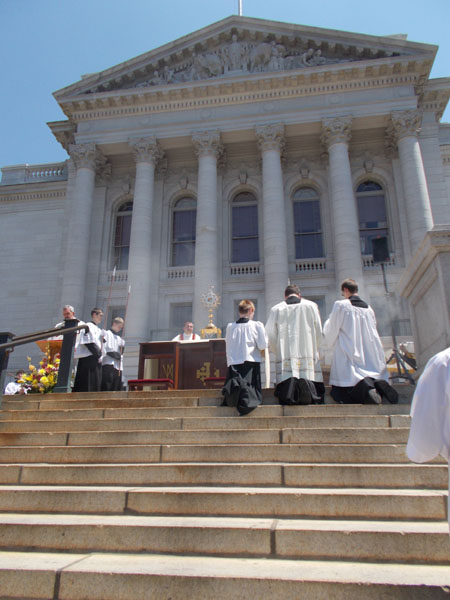 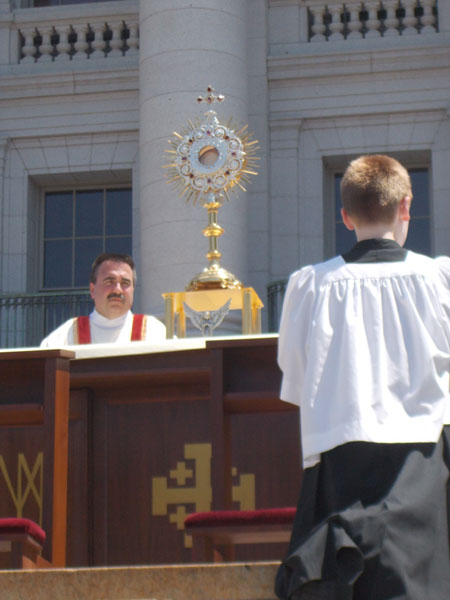 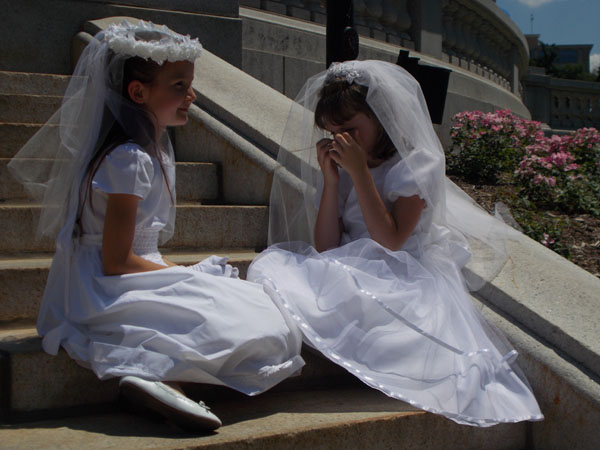 Photographs can’t capture how moving and beautiful  this procession was, nor can I describe it all. These capitol steps have been an embattled place for many months, as the “Recall” demonstrations have centered right there. In his sermon after the Blessed Sacrament was enthroned on the altar at the top of the steps, Monsignor Holmes the Cathedral rector said, many people have gathered here to say, vote for this one and not for that one–but our purpose here is different. We are here to bring our Catholic faith out into the streets, it is not meant to be hidden behind walls. On our hearts and minds are the threats to religious liberty that have arisen in the past year, though there have also been some bright spots, such as school vouchers in Milwaukee and Racine able to be used for Catholic education. Those who came here from other countries know that religious freedom is not respected everywhere, and the suffering has been in many places very great. He concluded: “Viva Cristo Rey!” and people responded. He read the same in Spanish also. There was time also for silent prayer in the Lord’s presence there on the steps, before we processed down State Street and to Holy Redeemer Church for Benediction. Bishop Morlino had fallen ill enough to be unable to participate (nothing grave) or he would have led this. I thought of him as very present anyway.

These steps will also be where the Thursday evening Rosary Rallies will be, “for life, family, and the conversion of the world.” It was very precious to be here with Our Lord–no better preparation. Where the Holy Eucharist is, there the Church is, there are all the holy ones living and dead incorporated into Christ’s Body. It happened that I was quite tired today, not having gotten much sleep, and really not feeling well, but after the Procession and Benediction I went to the Adoration Chapel and just didn’t want to leave, just loving being near Him.

[Update: Rich Bonomo made a handheld video of the procession, beginning from near the end of when Monsignor Holmes was speaking and the Blessed Sacrament was on the altar at the Capitol.]

3 Responses to Corpus Christi Procession: Jesus at the Capitol