It is a little flock that is following Jesus, in fair weather or in stormy with a really earnest fidelity and desire for holiness, because it is not a way of ease. “All my longing was and still is that since He has so many enemies and so few friends that these few friends be good ones. As a result, I resolved to do the little that was in my power,” wrote Saint Teresa of Avila in The Way of Perfection.

Perhaps even more beloved and oft-quoted, is the tale of the time when she was on a journey and dismounted an ox cart mired at a river ford (or something like that–no one seems to be able to cite the original source of this story, said to be from an early biographer, but not from the Saint’s own writings), only to tumble into the mud.

“Why, Lord?” Saint Teresa cried out.

Jesus’ reply, in prayer: “This is how I treat My friends, Teresa.”

“That’s why You have so few of them!”

Of course, Jesus’ joy and ours is that the mud would not defeat her commitment to Jesus. She would say also with all her heart, like Job: “We accept good things from the Lord, should we not except evil?” 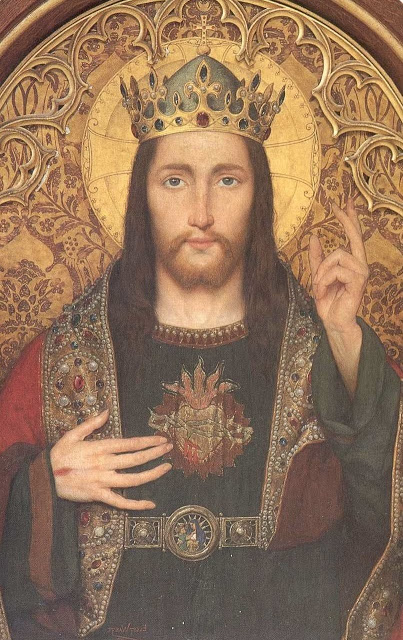 Saint Teresa constantly, lovingly referred to Our Lord as His Majesty.

There are many who say, like the Jews denying Jesus before Pontius Pilate who asks if He is their king: “We have no king but Caesar.” And there are many today who give Jesus a Judas kiss and say they love and trust Him, but do not let Him rule their lives.

Some even voted for an anti Christ messianic figure who makes war on marriage, motherhood, and biology, advancing sexual anarchy and the deterioration of married family life while promising the increasing population of single women free birth control and an ever more abundant cornucopia of government assistance, largely paid for by incurring enormous debt.

At heart, many Catholics do not give religious assent of mind and heart to all that the Church teaches and proclaims to be true, and indeed largely do not understand what the Catholic Church is and by what authority she teaches. 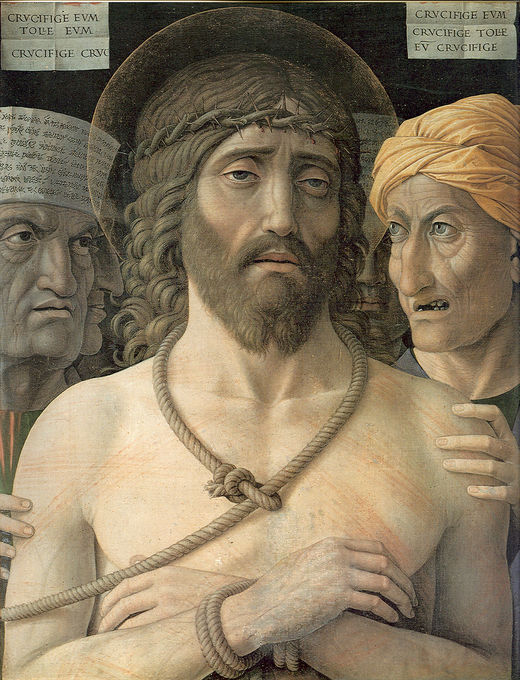 Not only do most not really trust God that following the natural moral law is best for everyone, they doubt there is a natural moral law, or are persuaded by secular technocrats that regardless, following it would be harmful; it is asserted that there would be overpopulation and resource scarcity if people followed the Catholic teaching. It is claimed that having children disadvantages women economically and in terms of lifestyle, and impedes their ability to participate in the degrading new norm of recreational sex, on equal terms with men, while minimizing complications for both. And that’s not the only way in which many prefer and trust Obama’s plan for humanity over God’s.

The difference between the two is stark. That’s not new! It’s not just contemporary politics but a global conflict between the powers of darkness and the powers of light. The Didache (follow the link, this extremely early Christian document is a must-read and it is short), “framed” it this way, circa 100 AD:

There are two ways, one of life and one of death! and there is a great difference between the two ways.

Bishop Morlino’s Catholic Herald column this week was written before election day. The work we have to do is fundamentally the same, regardless of the outcome, he says.

Though our elections certainly do matter, and certainly are an extremely important way to effect change in our world, we must continue to work to effect change in hearts and minds. The reality is that no matter the outcome of the current election, what should be clear is that there are large portions of our society who are in need of a real conversion of heart, people who are lost and who are in need of truth and healing which only Jesus Christ can bring. And I would imagine that there is a great deal of fatigue following all of the effort and energy expended leading up to the elections, but as a people who really believe that Jesus Christ is calling us to action, we must “run and not grow weary (Is 40:31).” Our race, the race for heaven, continues.

Go read, he goes on to get more specific about what is needed to serve His Majesty and evangelize our society today. The Church, which Vatican II says is the universal sacrament of salvation, has a mission to save as many as possible.

There is a lot of teaching to do, which I suppose is a big reason why we ourselves are meant during this Year of Faith to be reading the Catechism and studying the documents of the Second Vatican Council. I think I could be more patient with people.

Please join me in praying that Jesus may have more friends, and that they, and we, may be good ones.